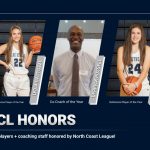 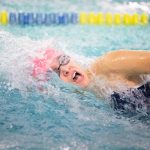 The Beaumont School swimming and diving program announced its team award winners at the school’s Winter Sports Banquet, held Tuesday (March 3) at Dino’s Catering at Acacia. Coach Younkin’s squad went 10-2 and was represented at the State Meet for the first time since 2013 as the 200 free relay team of junior Ella Lisac and sophomores 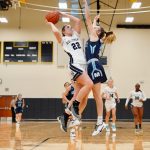 The Associated Press announced its Northeast Lakes District teams on Monday (March 2) and Beaumont School junior Lydia Gattozzi was one of seven student-athletes named to the Division II first team. This came a year after Gattozzi was a second team all-district pick. Senior point guard Carly Perusek was one of the seven players placed on 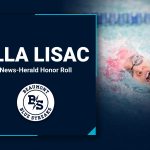 Beaumont School junior swimmer Ella Lisac was named to the News-Herald’s Honor Roll, the paper announced on Tuesday (Feb. 25). The recognition comes after a standout season in which Lisac helped the Blue Streaks qualify for the Ohio High School Athletic Association State Meet in a relay for the first time since 2007. Individually, Lisac 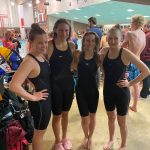 The Beaumont School 200 free relay team swam a 1:43.34 at the Division II Ohio High School Athletic Association State Meet prelims on Thursday (Feb. 20) night. That time was good for 20th in the state, bumping the Blue Streaks up three spots from their seed time. Thursday marked the first time a Beaumont relay 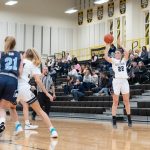 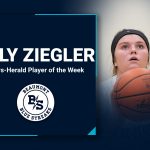 Beaumont School junior forward Ally Ziegler was named a ‘Player of the Week’ by the News-Herald, the paper announced on Thursday (Feb. 20). The Blue Streaks went 3-0 last week and Ziegler was a huge reason why with averages of 14 points, 11.7 rebounds, 3.3 blocks and 1.7 steals per game during the three-game span. 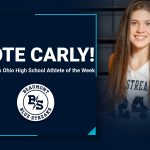 Beaumont School senior Carly Perusek is one of seven nominees for the MaxPreps Ohio High School Athlete of the Week Award. These weekly awards are decided by a fan vote, so we encourage everyone in the Beaumont School community to vote prior to noon on Monday, Feb. 24. You may vote as often as you 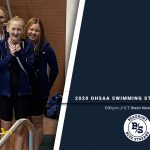 The Beaumont School 200 free relay team of junior Ella Lisac and sophomores Ellie Hanna, Camryn Koonce and Mateja Rudmann took fifth place with a school record time of 1:43.23 at the Northeast District’s Division II Meet held at Cleveland State University on Feb. 14. That time was the 23rd best time in the state 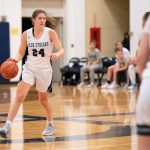 The Beaumont School varsity basketball team defeated Streetsboro High School, 64-39, in the postseason opener on Saturday (Feb. 15) afternoon. With the win, the Blue Streaks improve to 14-9 overall and advance to take on fourth-seeded St. Vincent-St. Mary in a sectional final next Thursday (Feb. 20). That game will be played in Akron at

No Events This Week

Events are added by athletic staff.
View All Events